November 4, 1979 was the day when more than 60 U.S citizens were captured and held for 444 days.
Some were released due to being women and African American and illness there were 52 left remaining.
During those 444 days some say that they were being beat, that they were scared that someone would put blind folds on them infront of an angry crowd, having their hands tied together day and night for days, long times of being alone in a cell, Going months of not being able to speak to one another, they weren't aloud to leave their space unless they were going to the bathroom. One night the guards woke them from sleeping and put blind folds on them. They were ordered to strip, kneel down and keep their hands up. The guards cocked their weapons and were ready to fire, but they took out there bullets and told the prisoners to put their clothes back on. They were later told that it was just a joke, that it was just to scare them. 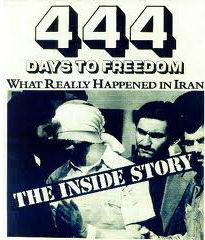