January 20, 1981 was the day that all Iran Hostages were released. Today this is a day they will never forget. Whether it being that they got released or a family member got to see their husband or kid again. This is a day they will never forget. This is also a day for people who didn't even know anyone being held hostage. This day will be remember for the rest of their lives. The Iran Hostages were released right after the presidency from Jimmy Carter to Ronald Reagan. 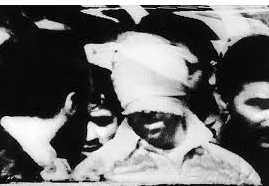