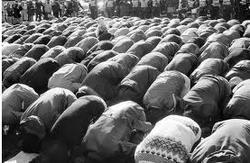 The Iran Hostage Crisis was a time in November 4, 1979 there was an angry mob of 300 to 500 "students" who called themselves "Imam's Disciples." They were sent to take and hold hostage, more than 60 U.S. citizens and diplomats. Although women and African-Americans were released a short time later, 51 hostages were still being imprisoned for 444 days. Another release was made for the ones with illness halfway through being imprisoned.
Why would someone think of capturing more than 60 U.S citizens? Why would someone want to torture someone for nothing?
I chose this project to do because this is something that I thought really stuck out and i wanted to know more about it because I haven't heard of this before. I am glad I did more research on this because I found this really interesting.